Typically, when you’re waiting for a response and it takes the responder nearly four weeks to reply, it’s not good news.

Sometimes, though, patience and polite follow up will actually land you the positive response that you were hoping for.

I would imagine that if you could understand Morse code, a tap dancer would drive you crazy.

I’ve been in my current abode for nearly five months now, and up until this evening, it looked as though I’ve lived there for maybe a week or two. Why? Because I am notoriously terrible at unpacking.

Between work, school, and a surprisingly busy social calendar, I just never manage to find the time to finish going through those boxes and putting away those things and so on.

Plus, I rarely have new company. My visitors of late have consisted only of those who a) saw me at my best in my last apartment, in its immaculately (bordering on compulsively) clean and organized state; b) saw me at my worst, when I moved from that apartment to my current home (moving turns me into a disorganized horror); or c) both of the above.

This means that my inner hostess hasn’t been terribly inclined to take the time out of my already overbooked schedule to unpack, sort, and generally make my home space look like I actually live there. Luckily for me (and possibly unluckily for my schedule), I had a new visitor on Friday.

This meant that I had to unpack. I had to sort. And I had to clean. Not just “tidy things up a bit” clean, but “make a first impression” clean.

I am happy to report that [most of] my home space is now unpacked, tidy, and generally organized.

Except for the basement. The basement is dead to me.

Like most hopeful writers of my generation, I was a reader first. Actually, if you’re a hopeful writer and you’re not a reader, fuck off. Stop what you’re doing and spend ten years reading. I don’t care who you are, writers have to read.

Disability doesn’t make you exceptional, but questioning what you think you know about it does.

Anyone who knows me well knows that I am a planner. Excessively so. I have my schedule mapped out weeks if not months in advance. The combination of graduate school, projects, and a constantly surprising number of social engagements means that if it doesn’t get blocked into my calendar, well, then it doesn’t happen.

What this also means is that I rarely do anything spontaneously. First, because I rarely have the availability in my calendar for last minute activities (as I tend to be overbooked); second, because most of my friends have learned that if they want to see me, I simply have to have more than 24 hours notice.

Color me surprised when, last Thursday, I received a message from MR (whom I’d not heard a peep from in about 3 weeks, and wasn’t exactly expecting follow up from at that point) asking if I was free. Add to the surprise of the situation the fact that I actually wasn’t overbooked that weekend (for the first time in I don’t even know how long). So we scheduled dinner for Friday night.

And dinner was delightful. Just goes to show that leaving a bit of space in my calendar now and again isn’t the worst idea…

Unless you’ve been living under a rock for the last 30 years, you know that this post is going to be about Highlander.
(And, damn, that movie totally came out nearly 30 years ago!)

If you’ve never had the opportunity to view this… classic (*cough*) film, then you should definitely make the time.

Don’t get me wrong, it’s a terrible movie, but there’s just something painfully delightful about watching Christopher Lambert run around in the worst 80s fashion (jeans, white tennis shoes, over-sized tan trench coat), with the worst 80s haircut (I can’t even describe it), while trying to fend off a punked-out, sociopathic Clancy Brown (he seriously looks like he just stepped out of a Sisters of Mercy music video) who wants his head. Hell, we even get flashbacks that include Sean Connery, lending everyone’s favorite Scottish accent to an Egyptian immortal  from Spain (yes, you read that correctly).

And did I mention the soundtrack? Queen. Need I say more?

Anyhow, if you’re curious why I’ve decided to drop this recommendation on the internet today, seemingly out of the blue, well, it was less spontaneous a decision than it seems:

The Alamo was screening Highlander tonight for one of their many, many, many special event screenings. (Reasons why I love the Alamo: too many to count.) My very good friend, JS, revealed to me that he had never seen this fine example of American cinema, and we simply had to remedy the situation.

They even had Scotch eggs on the menu… 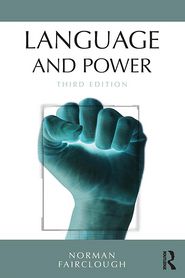